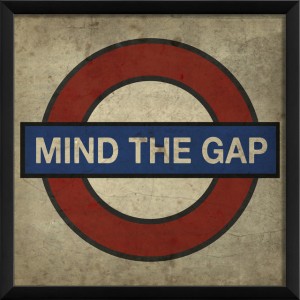 Navigating the tube in London is a nightmare at the best of times however during this festive season it’s like the seventh level of hell…and then some.

So here are a few words of advice and some guidance to help you on your way if you do get the urge to come to the Big Smoke and use the underground (Of course, if you DO get a sudden urge may I recommend  you lie down in a darkened room first. You never know it may pass…) The following could be called Coxy’s Tube Pet Peeves. If you already frequent the tube on a regular basis then I’m sure you’ll recognise a few…

Tourists on the tube are a nightmare. Don’t get me wrong…I’m very pleased that you’ve chosen our delightful city for your visit but seriously you guys make travelling on the tube hell. I understand that the underground is confusing. That English might not be your first language or even your second. I get that you have a full day of pottering and meandering and sightseeing ahead of you. That you really don’t have anywhere specific to be and you’re in no hurry to get there but dear lord… MOVE!!!

If it was up to me there would be TWO tube systems in London. One for the professionals. This would be for native Londoners, city workers, people who commute every day, people who know their route , those who really know the tube. You would have to take a test to see  if you qualify to travel on this gloriously efficient network. I would be the judge. If you fail the test you have to travel on the OTHER tube network…which is basically for everyone else. Good luck. You’ll need it.

I have nothing against tourists personally its just really, really frustrating when I have four castings to go to all within a two-hour window and they’re at every different point of the frigging compass. I know the London underground like the back of my hand. Ask me how to get to a particular station and I can probably tell you not only the quickest route, but also specifically which carriage to use so that upon arriving at your destination you disembark the tube directly facing the exit. This is why I hate it when I get stuck behind a family of five who get to the bottom of the stairs on the Northern Line at Leicester Square and just STOP whilst trying to decide which platform they need for the southbound trains. I’m sorry if I’m rude or abrupt. I don’t mean to be. I’m just in a hurry. And I know exactly where I’m going so please just move to one side whilst you debate whether you need an Edgware tube or one that goes to Golders Green.

Oh and when on the escalators please, please, STAND ON THE RIGHT. Trust me, it’s for your own good.

Standing on the tube.

We’ve already covered standing on the correct side of the escalator and the perils of standing at the bottom of the stairs. This section is regarding general standing positions once you are actually on board. The tube is designed to allow people to sit down and also for the other three hundred of us to stand in the centre of the carriage as well as at the ends and near the doors. Yes, it’s a squeeze. Yes, you may end up getting close and personal with a stranger as you try to wiggle your way through to a little pocket of space. Yes, you may get caught out suddenly as the tube starts to move and end up on someone’s lap. But that’s all part of the fun. It’s like a giant game of sardines but much more stressful. However, whilst the tube is designed this way lots of people fail to utilise it in the proper manner.

If you stand in the doorway of the carriage when the tube is at a station not only can people not get OFF the tube but no one can get ON. Oh, you’re getting off in three stops?? I didn’t realise. Well then I completely understand the necessity to stand RIGHT NEXT TO THE DOOR. I can’t count the number of times people have missed their stop because they moved down the carriage to make room for people getting on the tube. Oh wait. Yes I can. NEVER. IT’S NEVER HAPPENED. I have been a Londoner for many, many years and NOT ONCE have I even seen someone get stuck in the middle of the carriage and not be able to get off.

Now this one is a minefield. I do understand that a buggie is the most practical way to get little Tarquin or Matilda around town. It’s just they take up so much ROOM. And they’re not exactly designed for lugging up and down stairs and on and off most of the old tube carriages. (Mummies and daddies quick tip… Do NOT go to Bank station. EVER. There’s a foot gap between the tube and the platform. It would be like trying to do the long jump whilst carrying a BugaBoo.)

Now I’ve been on the tube with friends and family who have brought their sprogs along for the ride (quite literally) and I can tell you from first hand experience it is HARD WORK to get those things around on the underground. I’m not saying you shouldn’t do it. I’m just saying think VERY carefully about where you want to go and how you will get there. Plan your journey like a military operation. Lots of tubes now have step free access. They are your friends. Use them.

On a side note: It is a buggy people. NOT a pack-horse. Do not load it up with more bags and packages and baby paraphernalia than you absolutely really desperately need. You’re going out for the day. It is not a month-long arctic expedition. Trust me on this one. NO ONE is going to help you carrying that thing up or down the stairs if it resembles an overloaded tank.

Now smells on the tube are pretty common. I for one believe that each tube line has its own unique smell. For example, the Central line smells like burnt rubber. Not terribly comforting I know… But with so many people using the tube everyday and with no proper ventilation (you know how hot it gets in the summer peeps) its bound to get a little musty down there. And for this reason alone we do NOT need you to unnecessarily ADD to the smells.

This is directed at YOU Mr “Can I get extra onions on my sub please” or at any of you delusional folk who think it’s perfectly acceptable to eat a huge McDonalds whilst riding on the Circle line. And then there’s you… Lady with the make-up. I understand that you may not have had enough time to “do your face” this morning so now we must all sit here and watch you trowel on enough slap to give RuPaul a run for his money but is it really necessary to PAINT YOUR NAILS?!?! On the tube. During rush hour?!?! If I wanted to get high on paint fumes I would have taken the Bakerloo line (just the section between Waterloo and Elephant and Castle. Its weird. Like they’ve got permanent decorators in. Or maybe a ghost who’s doomed to sit on the platform painting her nails Vamp Red for all eternity).

You know you’re wearing one right? It’s not like they’re streamlined. You must know that when you wear a rucksack you basically make yourself twice the width you usually are (no…your rucksack does NOT make you fat girls…just bigger as a whole.)  If you are wearing a rucksack and you are travelling on the tube, for the love of Zeus, TAKE IT OFF YOUR BACK. The tube is packed as it is. We don’t need you taking up enough room for two people. Take it off and stand OVER it. Put it between your legs. That way you won’t accidentally take out a small child when it’s on your back, it won’t fall over on the floor and you’ll be a single skinny person size again. Yes I know, straddling a rucksack isn’t the most elegant of stances but lets face it, you’ve got a giant donkey pack on your back, elegance already left from platform three honey.

So basically if you absolutely MUST travel on the tube may I recommend doing so ONLY at the following times:

This entry was posted in Geek. Bookmark the permalink.